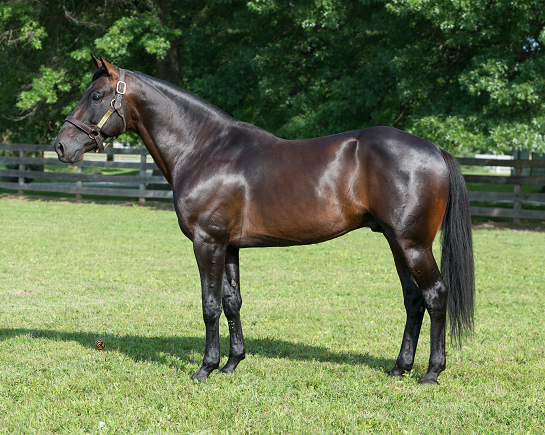 Tall Dark Stranger is the only horse in history to win the Metro Pace and Breeders Crown as a two year old and return to racing as a three year old and win both the Meadowlands Pace and North American Cup. Tall Dark Stranger also won the International Stallion Stakes at 2 in route to being voted 2-Year-Old Colt Pacer of the Year in both the United States and Canada. At three, in addition to the Meadowlands Pace and North American Cup, Tall Dark Stranger also captured The Cane Pace and The Kentucky Sire Stakes Final. He was voted 2020 Dan Patch Horse of the Year. Seemingly destined for greatness from his birth, Tall Dark Stranger was a $330,000 purchase from the 2018 Lexington Selected Sale. He was considered by many to be the premier pacing colt offered at that venue that year. A stunning individual by the legendary stallion Bettors Delight, Tall Dark Stranger hails from one of harness racing’s most prolific families. He is out of World Champion and Dan Patch and O’Brien Award Winning 2-Year-Old Pacing Filly of the Year Precocious Beauty p,2,1:50.1 ($838,004), she a sister to successful pacing stallion Sportswriter and out of a sister to Swinging Beauty P,1:49.4 ($893,268) and the grandam of 2021 leading first crop stallion Downbytheseaside P,2,1:49, 3.1:48.3f ($2,179,558).

Tall Dark Stranger bred an amazing nineteen mares that earned over one million dollars in his first year at stud in 2021. He stands his second season in 2022. 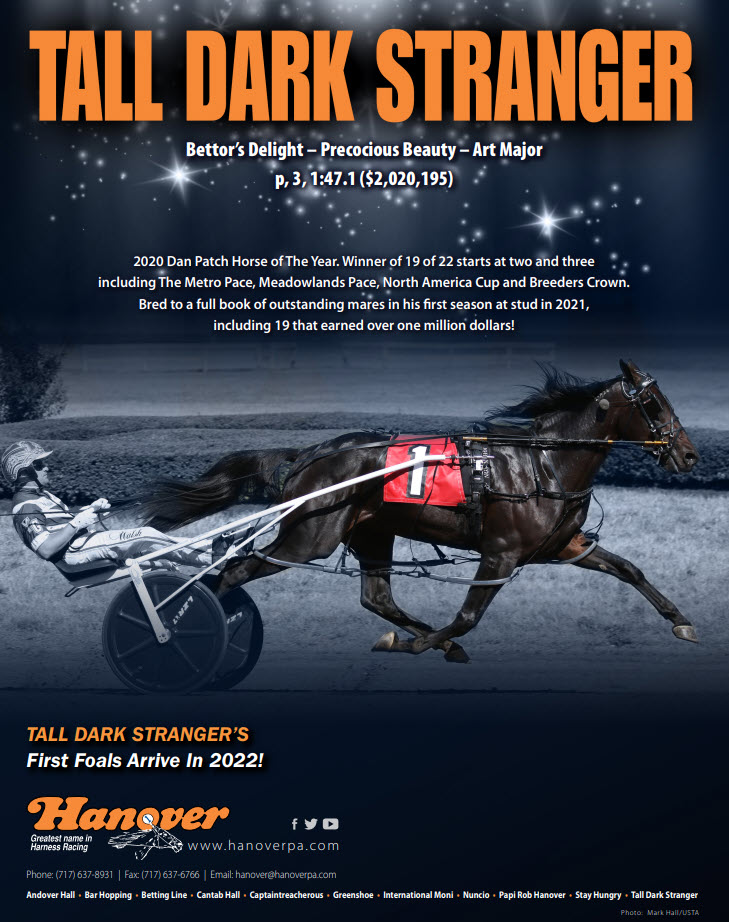 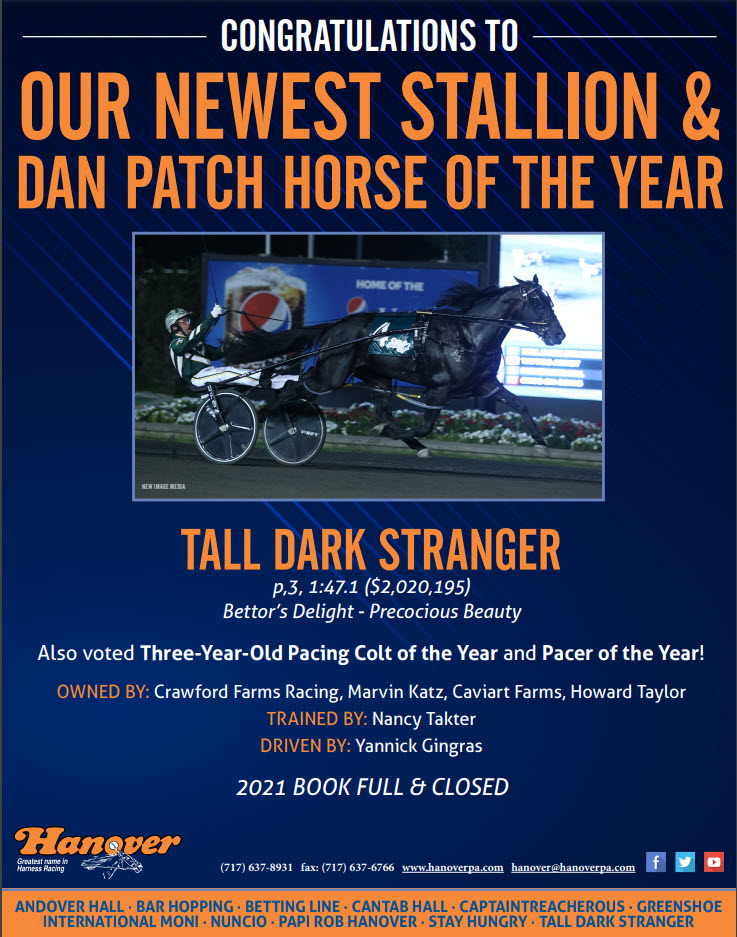